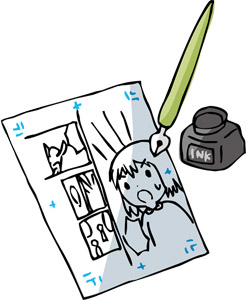 Manga has become a very popular culture in recent years
How to write a book that uses a picture and letters to advance the story.
The works that even Japanese people today know are from after World War II, but the origin is very old around the 19th century.
A weekly series of manga magazines have started since 1959.
Many of them are still going on.
Manga and anime began to be linked from around 1970.
Around that time, cartoons for women and adults also appeared.
The book-renting culture and picture-story shows that existed around this time gradually declined.
From 1980 onwards, the number of comic books that will be published will also increase.
And various manga magazines are released, becoming the current manga culture.